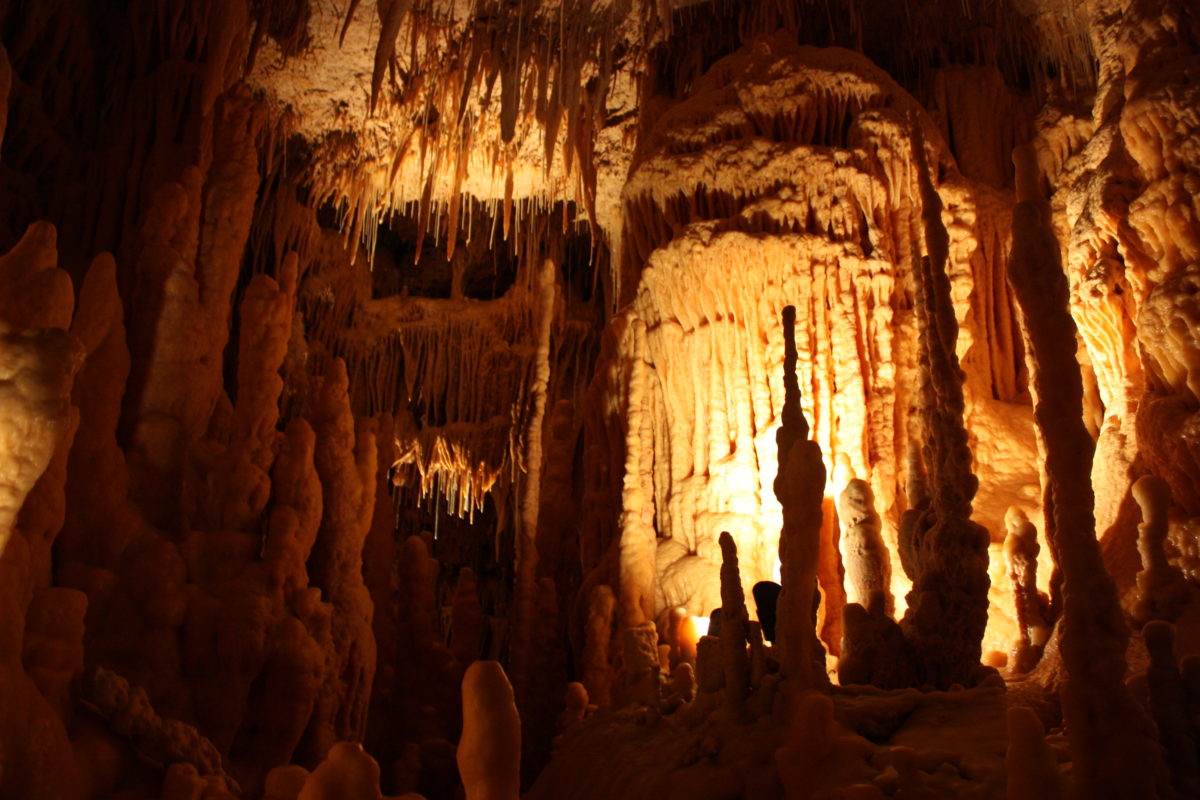 Natural Bridge Caverns, located north of San Antonio, is one of the most popular attractions in central Texas. In 1960, however, it was little more than a hole in the ground. Three curious college students received permission from the property’s owners to explore the caverns beneath a 60-foot limestone slab ‘bridge’. What they discovered on their fourth journey below the earth’s surface, air currents indicating underground rooms, led the way for extensive exploration. In 1964, Natural Bridge Caverns, in an effort to open a trail system for public tours, widened the cavern’s entrance and created an underground walking path.

It is believed that the layers of limestone which comprise the Caverns began forming during the Cretaceous period (65 – 145 million years ago, following the Jurassic period). During the original excavation which widened the Cavern’s entrance, and during subsequent digs, finds of archaeological importance were uncovered at the site. Animal remains, as well as knives, hide scrapers, and other stone tools dating to 10,000 – 12,000 years ago were found. More than 50 years after the original explorers journeyed below ground, study of Natural Bridge Caverns continues.

Three guided tours are open to the public, varying in length from 1/3 – 3/4 mile. Each tour descends 180 feet beneath the earth’s surface. The temperature inside the Caverns is 70 degrees year round, with a humidity of 99%.